Game concept art or something - The Mystical Potato Head

I wanted to learn programming during this summer but I guess I'm too lazy to do that so I picked a game project. I thought maybe I learn something if I try to do my own game, graphics, coding and eventually everything. Today I had some free time (6 hours) and I learned Photoshop by creating concept art for my game. Everything in the pictures are done by me. I got thrilled from a blog post where they showed how to do backgrounds and characters. So I copied a lot of things, but I made them by myself. The end result is kinda funny. The game will be 2D game if I ever got in to the actual game developing part. Anyway I came up with a funny name "The mystical potato head" from Joe Satriani's song The mystical potato head groove thing. I "painted" intro screen where is the "press any key to continue" then open ups a game menu which I didn't do. Then first and second levels. And of course everything started from the main character: potato head. I found the character from Google but painted over it with myself to get more control. Here you go MR. Potato Head: 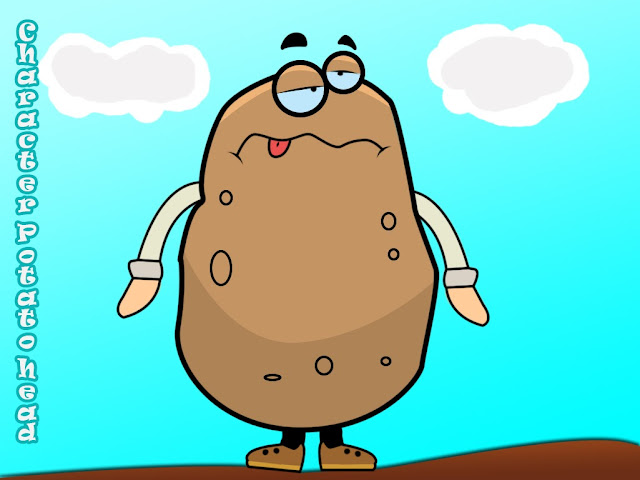 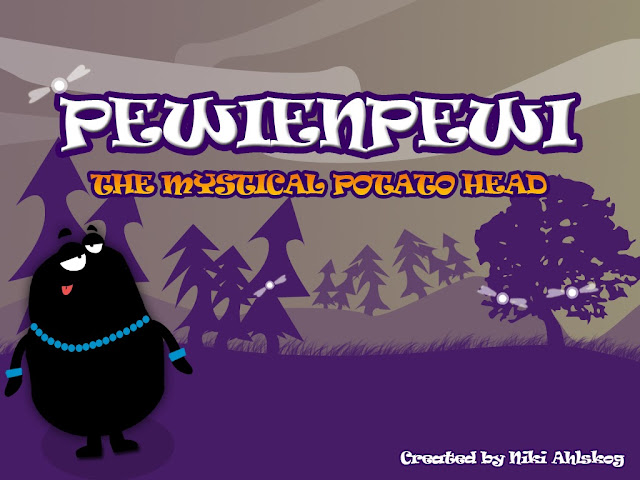 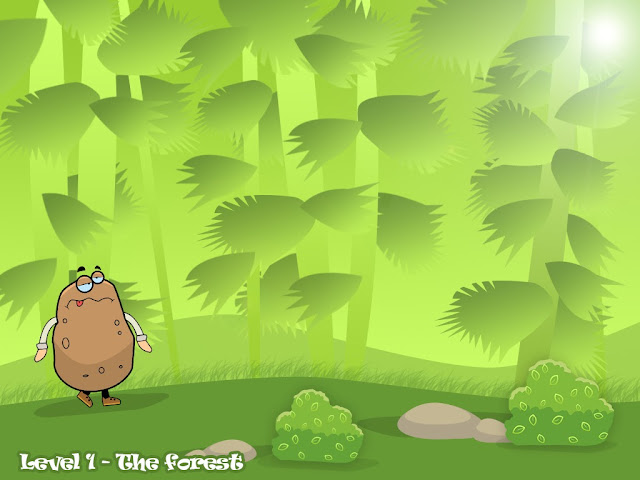 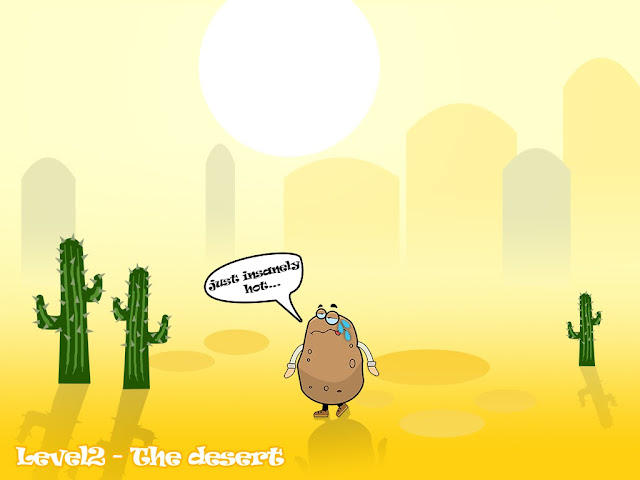 I read somewhere that if you want to learn blender, try to do as little work as possible and focus on it. For example I heard from Manu Järvinen's brother that when Manu was learning blender he started to create an apple for example and didn't finish before it looked really real. Hundreds of renders and experiments. Today I created something small but I was too tired to work more on this. Inspired again from mcleluns experiment renders with cycles. Simple breakfast with omelette and glass of milk. Looks horrible. This is created with free tools Blender and Gimp. 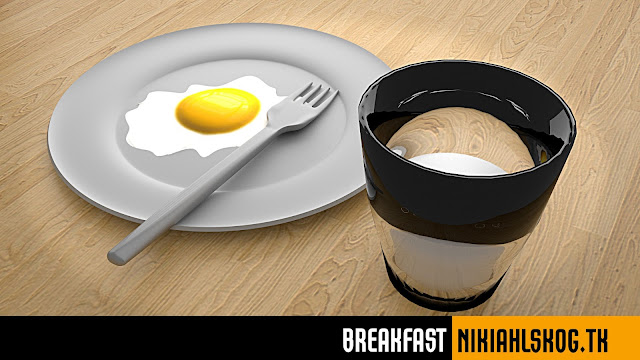 Today I had some free time and wanted to do Blender after a long time. I just changed this blogs language to English. Maybe someone can later notice me. Anyway this is fictional red barrels inc. Very little amount of modelling, just one ring extruded to a barrel and duplicated. Wall and floor are planes and the wooden pallets are just arrays. This is rendered in Blender render. I was amazed how fast it is compared to cycles. This took about 10 minutes to render compared to the space ship which took over 6 hours to render with cycles. Anyway it is looking nice and I like the end result. Thanks for Andrew again for his great tutorials. I also should render higher resolution images from this on. HD resolution is too small. Just noticed. 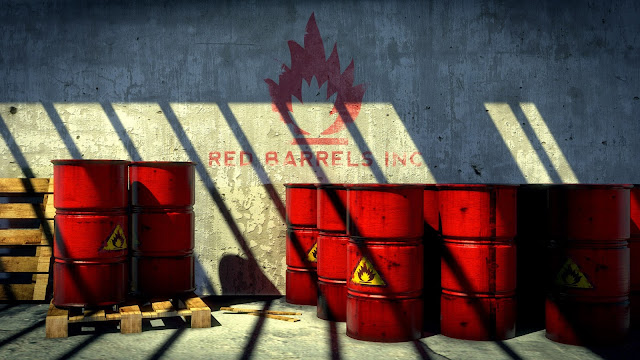 I just fell in love with http://www.mclelun.com/ art work. It looks so good. I found some old drawings from his blog and wanted to try my own drawing tablet even though I can't draw. I learned little bit of Photoshop pen tool and making clouds was funny. This looks horrible, but at the same time funny. Like 5 years old had drawn this. 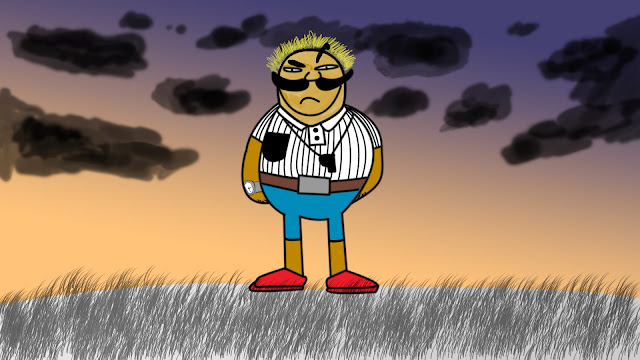